Applying User-Centred Design To Your Career

I was speaking with a friend recently about the difficulties she’s having when it comes to deciding what the next step in her career should be. She’s gained a lot of transferable experience and skills from the jobs she has previously held but hasn’t yet found a role that she wants to build into a career.

There were two key problems my friend and I discussed: Firstly, she didn’t really know which role(s) she was most suited to, and secondly, of the jobs that were seemingly appropriate, which one should she go for?

That was when inspiration struck, and I suggested that she think of her career progression as a user-centred design process and that she should use a lean UX approach to help narrow her options down.

The Importance of Researching Yourself

My own path into UX began when a wise careers advisor took this approach to helping me find a new role. She asked me what my strengths, weakness, likes and dislikes were (as well as running a battery of psychometric tests), and then matched the information I gave her to the roles she thought I would enjoy and be successful in.

In hindsight, what I realise she was doing was conducting user research, identifying my needs and presenting me with solutions that were designed to address them. This was a definite contrast to my usual way of searching for a role: reading a job description and trying to work out, point by point, if I could do it. In other words, I was fitting myself to the position, rather than the other way around. 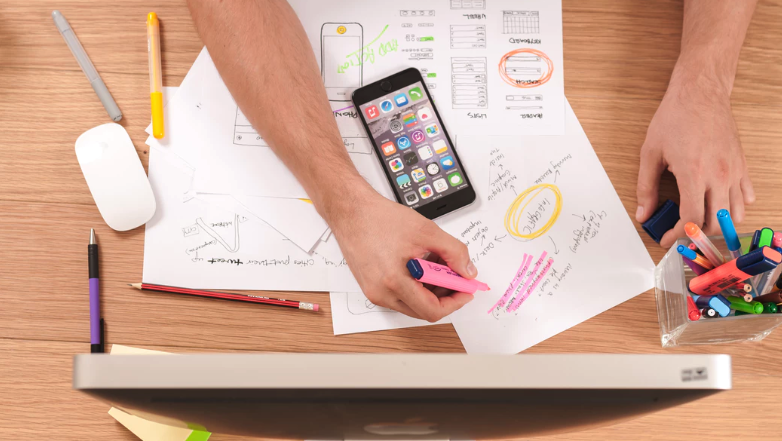 I suggested to my friend that this was the first step she should take – i.e., to think of her career as a product she is designing and that she needed to do some user research (on herself) to figure out what the potential solutions were.

We also discussed the possibility of there being multiple roles that could offer rewarding careers. If research into these options presents a clear winner, then the choice will be easy. But, if it’s a close call and picking the wrong option has serious consequences (e.g. spending money gaining potentially irrelevant qualifications), which option should she go for?

This is where the idea of taking a Lean UX approach came into the conversation. Rather than researching the various options and then committing all of her resources to one of them (akin to a ‘waterfall’ design process), I suggested that my friend should do small experiments to test her assumptions about what it would be like doing each of the different roles.

By identifying the assumptions she’d made about what a given role was like, she could establish testable hypotheses about it and then do activities that would help her accept or reject the hypotheses. To help her with this, I recommended that she ask herself, “what’s the easiest way I can find out what I need to know about a role to decide whether or not to invest more time and effort in it?”.

In the early stages of the process, these activities could be done quickly and/or for free by, for example, online research about the role, speaking with people who already do the job at free industry events/meetups, doing free online courses, taking up volunteering opportunities, getting involved in the community (e.g. at design jams or hackathons), or working on personal projects.

As more is learnt about a role, a decision can be made to invest more effort/resources, e.g. by getting a formal qualification, or rejecting it as a career option. Once a role has been chosen, this Lean approach can still be used to plot your career path.

Practice What You Preach

For people already working in UX (or related disciples), taking a user-centred design approach to career development may seem like ‘teaching grandma to suck eggs’. However, I’d take a bet that most people don’t think about their career in this way.

For example, if you’re a professional working as part of an in-house UX team and you’re considering moving to a consultancy, what’s the easiest way to find out what it would be like? The internet can, obviously, provide a lot of answers. Another good option is to speak to UX consultants about what their job is like.

Bunnyfoot will be at the next UXPA careers event in London on the 22nd November, so you can always come and talk to one of us! We’re currently hiring, so you never know, popping along to a (free) careers event might be the beginning of your journey to becoming a UX consultant…

Want to find out more about what we do? Get in touch.